The Witcher 3: Wild Hunt Xbox One 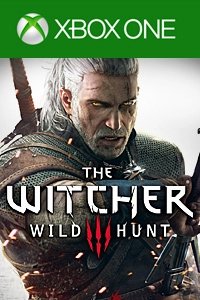 The Witcher 3: Wild Hunt Xbox One

The Witcher 3: The Wild Hunt is the third series of a fantasy adventure role-playing game that guarantees hours of fun gaming. Here in livecards.co.uk, you can buy the digital code of this amazing monster killing machine Xbox One game. For more exciting role-playing games, check out our other games for Xbox One and Xbox 360.

About The Witcher 3: The Wild Hunt

This game is tagged as the biggest from The Witcher series. The Witcher Geralt of Rivia, hunts and destroy monsters for a price. Traveling around a massive world, meeting interesting characters and collecting plants that can be used for making brewed drinks. The Witcher 3 has a great adventurous story which makes you sit on the edge of your seat. The choices you make will affect the story of the game. There are dozens of contracts which you can take. Fighting against monster creatures like dragons, drowners, and scary spiders. This game is breathtaking and a highly recommendable adventure role-playing game.

Ordering The Witcher 3: The Wild Hunt

Buying The Witcher 3: Wild Hunt Xbox One game with us is very easy. Just follow the simple 1-2-3 steps above and after payment you will receive the digital code right away. Next is to redeem this code to your console or visit the Xbox website and your download is ready. Start playing and have fun!

Want more actions games? Be sure to have a look at Star Wars Battlefront for Xbox One or Titanfall.

How to buy The Witcher 3: Wild Hunt Xbox One?

Livecards.co.uk makes buying The Witcher 3: Wild Hunt for Xbox One as easy as pie! All you need to do is fill in your email address, pick a payment method, complete the payment and voila! The code is yours.