CALL OF DUTY: BLACK OPS 4 for PC is a digital code with no expiry date. Once bought, this downloadable code will be delivered directly to your email address with no shipping cost. 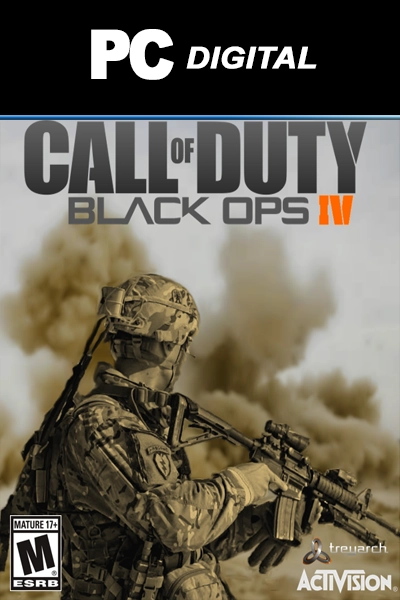 CALL OF DUTY: BLACK OPS 4 for PC is a digital code with no expiry date. Once bought, this downloadable code will be delivered directly to your email address with no shipping cost.

PREPARE FOR AN EPIC NEW ERA IN MULTIPLAYER ENTERTAINMENT

Call of Duty: Black Ops 4 introduces players to an all new Call of Duty Multiplayer adventure called Blackout. Blackout is a huge Multiplayer Call of Duty style Battle Royale, similar to that of Fortnight and the immensely popular PlayerUnknown’s Battlegrounds. As a player you can either team up or go solo with other players as you battle it out in different maps. As Blackout adds a nostalgic element to the game with maps inspired by previous COD games. If this doesn’t excite you then perhaps the maps being 1,500 times (approx.) the size of Nuketown might just do the trick! That’s not all, the nostalgia continues with weapons, vehicles and characters from the previous games returning coupled with your ability to drive vehicles across land, sea and air. Call of Duty: Black Ops 4 boasts of the most grounded, fluid, and gritty Multiplayer gameplay of any of the COD games before it.

Call of Duty: Black Ops 4 includes, not one, not two but three bold new Call of Duty Zombie maps. The first map titled ‘Blood of the Dead’ is a classic Zombie Call of Duty themed adventure and brings back something COD fans have been longing for, it will see the return of the mode’s classic characters! The second map is titled ‘Voyage of Despair’ that has host of new characters that find themselves aboard the legendry Titanic! And finally the 3rd map, simply titled ‘IX’ has fans buzzing because it takes place in an Ancient Rome themed arena where players will take on new bunch of characters as they fight the zombie armies with period appropriate weapons, no guns!

Activision makes history with the launch of COD: Blacks Ops 4 by releasing more free content for it than previous editions. But wait! There are more freebies in the form of in-game community events that are much more than any other COD game before it. Community events are somewhat similar to the themed events in earlier Call of Duty instalments like Call of Duty: Modern Warfare Remastered and Call of Duty: WWII.

How to buy Call of Duty: Black Ops 4 PC?

Livecards.co.uk makes buying Call of Duty: Black Ops 4 for PC as easy as pie! All you need to do is fill in your email address, pick a payment method, complete the payment and voila! The code is yours.