FALLOUT 76 for PC is a digital code with no expiry date. Once bought, this downloadable code will be delivered directly to your email address with no shipping cost. 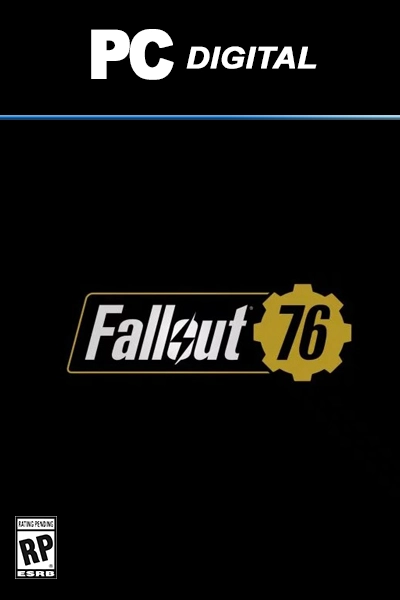 FALLOUT 76 for PC is a digital code with no expiry date. Once bought, this downloadable code will be delivered directly to your email address with no shipping cost.

The newest installment in the Fallout saga has excited gamers around the world, with many thrilling additions and a bundle of new features that bring back the best of the classic series. This is not a game that you want to miss out on. Fallout 76 is set in West Virginia in the year 2102, the earliest of all the titles.

The landscape is younger and more lively despite the aftermath of a nuclear war, since the world has not had as much time become ruinous and decayed as much as in other games of the series. It’s abundance of colourful beauty is showcased in the familiar style of America in the Atomic Age – but better than ever before.

You will set out from Vault 76 into a world where you are not alone, as human non-player characters (NPCs) have been replaced by real players in a world that has been enlarged for this reason. 4 times larger than Fallout 4, the map will have enough space for the dozens of players present at a time, while still allowing for contact between them. Will you help others in times of need, and expect the same in return? Or will you fight for power and control to become a target for other players? The game also features co-op play, as you can party with up to 3 friends and prove yourself against the elements and any adversaries you come across.

Can You Survive the Wasteland?

The base-building mechanics first seen in Fallout 4 have made a return, but are now expanded upon, with players able to build and develop their base into a fortress with armaments and fortifications. The game lets you conduct skirmishes on the bases of other players and even pack up and reassemble yours elsewhere. Furthermore, littered around the world are a handful of active nuclear silos, that can be used to unleash devastation once the required nuclear codes have been found. These mechanics and features are tied into the familiar storyline associated with Fallout games, culminating in a thrilling adventure with limitless opportunity.

Livecards.co.uk makes buying Fallout 76 for PC as easy as pie! All you need to do is fill in your email address, pick a payment method, complete the payment and voila! The code is yours.