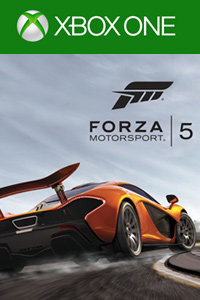 In the game Forza Motorsport 5 you have a choice between more than 200 cars and 50 brands and you can race in 17 circuits, like the circuit de la Sarthe, Bathurst and Yas Marina. The game contains new, better graphics, and a multiplayer option, which can be used to play against 16 others and a gameplay driven by the cloud. Due to the fantastic graphics every car has its own accurate details. These details are also processed in enviroments, making everything look realistic. The cars choseable vary from classic sport cars to special race cars. The multiplayer option gets even better because the cloud remembers how you and your friends race. This way, new opponents are created. With smart watch for Xbox One fitting opponents are selected for you.

If you want to play Forza Motorsport Xbox One immediately, livecards.co.uk is the place to be. The only thing you have to do to order, is filling in your personal information and pay with your preferred payment method. Within seconds, the code will appear on your screen and is send to your email. The code can be redeemed on the Xbox website, to play your game. Besides this game, we also offer other Xbox digital game codes, for games like Titanfall and Tomb Raider.

How to buy Forza Motorsport 5 Xbox One?

Livecards.co.uk makes buying Forza Motorsport 5 Xbox One as easy as pie! All you need to do is fill in your email address, pick a payment method, complete the payment and voila! The code is yours.